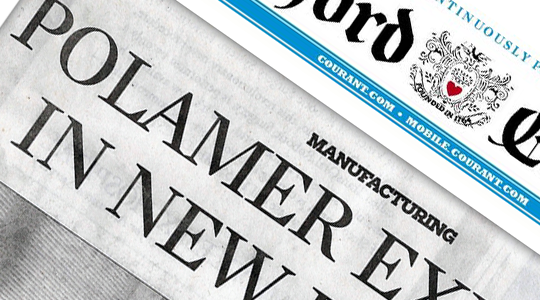 Polamer continues its publicity as the Hartford Courant comments on the relocation. The article reads as follows…

Polamer, with more than 60 employees, was founded in 1997 by vice-president Andrew Dulnik, and president Chris Galik. The firm expects to nearly double its payroll over the next several years with the expansion.

The property in New Britain was part of the former Pinnacle Heights housing.