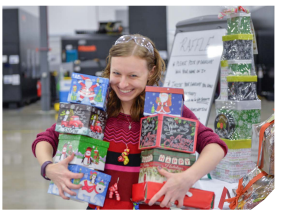 Last week, the company began installation of its “first true manufacturing cell,” a composite piece of equipment that consists of a combination of multiple machines executing different functions, said Polamer Precisoon’s business development manager. The cell will allow multiple manufacturing tasks to be completed in one spot instead of having to move components around to different stations, saving valuable time.

Polamer recently brought in the cell’s first devices, four “five-axis” cutters that are used to machine components with extremely complex contours and configurations out of a single piece of material. Each $1 million five-axis cutter is about the size of a small truck trailer. Six other machines, with a total value of between $1 million and $2 million, will eventually be added to complete the cell, which will be about 150 feet long and 50 feet wide.

The cell is also expandable, so it can accommodate Polamer’s growth plans, which include additional cells and a larger facility. Earlier this year, the company moved from a much smaller location in Newington to its current state-of-the-art 152,000-square-foot headquarters at 105 Alton Brooks Way.

In May, it signed a long-term agreement with Pratt & Whitney to make components for jet engines that are built by the East Hartford-based aerospace firm. Polamer’s new manufacturing cell will be used to make those parts, he said.

“This is the realization of all the work we’ve been doing over the past two years,” he said.