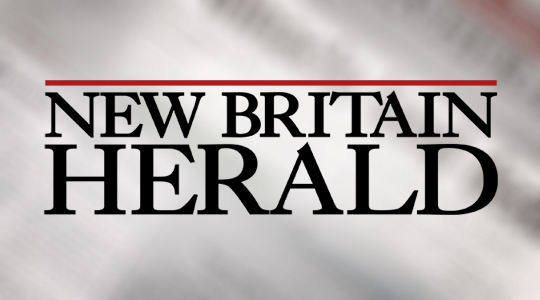 Polamer Precision Honored for Its Impact on Economy

HARTFORD — New Britain-based Polamer Precision, a contract aerospace manufacturing firm, was one of 20 companies honored Wednesday evening during a dinner at The Bushnell hosted by The Connecticut Economic Resource Center, Inc.

“These awards pay tribute to the hardworking people and successful programs and projects that are stimulating new jobs and investments in our economy,” said CERC President and CEO Robert Santy. “We’re proud to recognize the 2014 honorees and the many successes making a positive impact on our business environment.”

A plaque was presented to each honoree and a photo taken with Department of Economic and Community Development Commissioner Catherine Smith.

More than 150 economic development and business professionals from around the state attended CELEBRATE CT! They were there to recognize top companies, projects, programs, organizations and individuals for their contribution to the state’s economy. Honorees were recognized for such achievements as consistent or growing employment levels; their role in changing the character of their community or civic engagement, strong public and private collaboration to encourage new investment, or leadership resulting in regional growth or improvements.

Polamer was selected as the Central Connecticut Region’s honoree for making a significant impact this year on the economy.

Chris Galik, company president and CEO, said Polamer was “very honored and proud to be considered for this award; it reflects our commitment to creating jobs and participating in the implementation of 21st century manufacturing processes that use cutting-edge technology.”

Galik said his company is in the final stages of relocation from Newington to a new state-of-the-art plant in New Britain’s Pinnacle Business Park. The 152,000 square-foot facility includes 22,000 square feet of office space.

The building is highly energy efficient and has one of the larger industrial solar power generation systems in the state.

With the consistent growth demonstrated over the past three years and the move to the new facility, Galik said Polamer will expand its workforce from 83 to 140 employees by Dec. 2016.

Polamer is a preferred vendor to Pratt and Whitney Aircraft and to original equipment manufacturers; customers include GE Aviation and Samsung Industries. Galik said Polamer products are used on the most advanced military aircraft, as well as on such commercial aircraft as the Airbus A-319, 320, and 321.