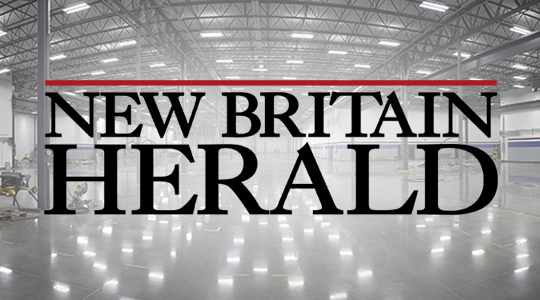 Polamer’s President and CEO Chris Galik said the contract is estimated to generate $140 million in revenue over its term that starts this year and runs through 2022.

“This contract deepens Polamer’s participation in the program and is another step forward in the company’s strategy to be a fully-integrated supplier in Pratt & Whitney’s PurePower engine program,” said Galik.

“Suppliers who have signed long-term agreements with P&W will help us build production readiness as we prepare for an expected doubling of production by 2020,” said Sergio Loureiro, vice president, Global Supply Chain, Pratt & Whitney. “Our increase in production means more work for our suppliers, allowing them to invest in their processes, facilities and people. Suppliers such as Polamer, are increasing their capacity for the future and have agreed to deliver to our rigorous delivery and performance standards.”

Parts will be manufactured in Polamer’s new facility, located in The Pinnacle Business Park in New Britain. The new 152,000-square-foot facility includes 22,000 square feet of office space. The building is highly energy efficient and has installed one of the largest industrial solar power generation systems in the state. With the consistent growth demonstrated over the past three years and the move from Newington to the new facility, Polamer plans to expand their workforce significantly by December 2016.

Polamer currently uses state-of-the-art machining practices coupled with the latest machine tools and equipment available in the marketplace. Galik believes that offering its employees the best in class equipment with a state-of-the-art facility will result in a dedicated workforce.

“We want to do everything [we can] to regenerate manufacturing in the United States,” Galik said. “We can compete with anyone in the world given a level playing field.”

Bill Carroll, business development director for the city of New Britain, said he wasn’t surprised about the agreement.

“In December, Polamer Precision was one of 20 companies to receive an award during a dinner at The Bushnell hosted by The Connecticut Economic Resource Center,” Carroll said. “Chris [Galik] and his employees have high standards and are a credit to New Britain.”

“These awards pay tribute to the hardworking people and successful programs and projects that are stimulating new jobs and investments in our economy,” CERC President and CEO Robert Santy said at the time.

Polamer was selected as the Central Connecticut Region’s honoree for making a significant impact this year on the economy. Galik said the award “reflects our commitment to creating jobs and participating in the implementation of 21st century manufacturing processes that use cutting-edge technology.”

Polamer manufactures high-quality engine and airframe components for delivery to customers worldwide. The company combines its engineering capabilities with the latest technologies to ensure “mistake-free processes,” timely delivery of products and cost efficiency.

Scott Whipple can be reached at (860) 801-5205, or swhipple@centralctcommunications.com