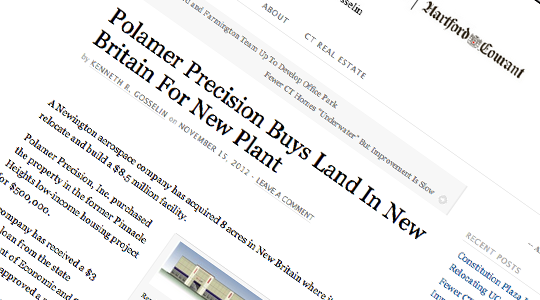 Polamer continues its publicity as the Hartford Courant comments on the relocation. The article reads as follows…

A Newington aerospace company has acquired 8 acres in New Britain where it plans to relocate and build a $8.5 million facility.

The company has received a $3 million loan from the state Department of Economic and Community Development to purchase equipment. The city also has approved a package of tax breaks.

Polamer, which builds airframe components for commercial and government aircraft, said it plans to add 78 jobs in the next four years.